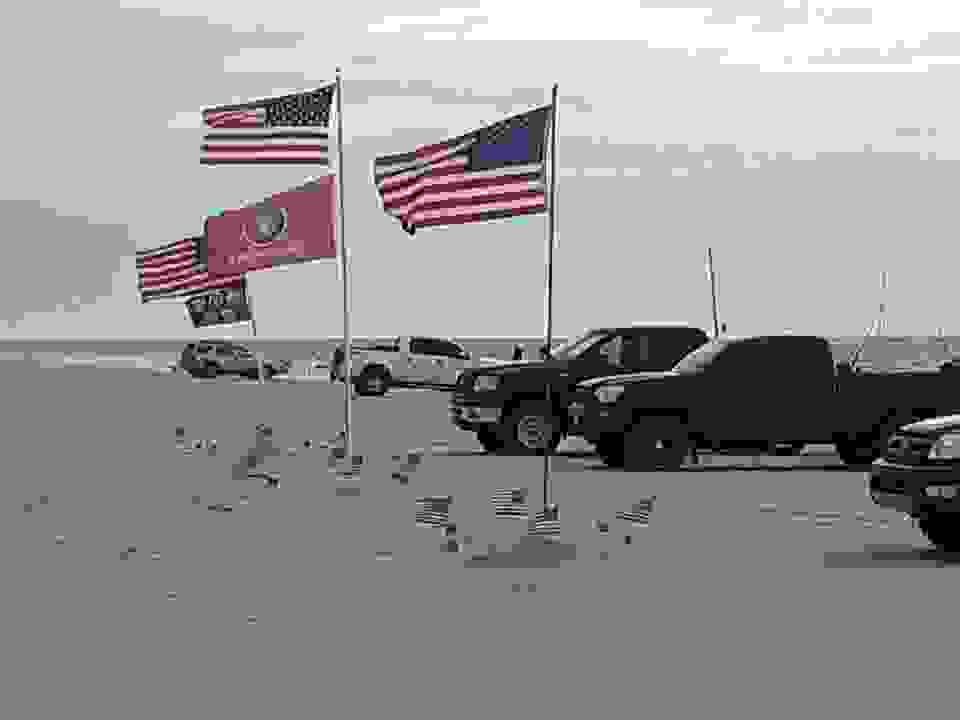 The American Angler Classic surf fishing tournament on November 1, 2020 was a complete success even though there was a lack of fish. Want to say thank you to all of the participants and volunteers for the American Angler Classic Surf Fishing Tournament yesterday. Well over 100 anglers participated in the tournament.! Although I thought I stocked the pond, not too many fish were landed. But, did hear of a lot of large bits that were. One of the participants stayed after the tournament and landed a very large bass after the event. With that being said, First place went Jacob McGuire, a 19.25 Bluefish. I think it might have been his first or second time ever surf fishing! A small Black Drum was also landed by the same group. Second place went to Kurt Renart with a 14 inch Kingfish with less than 10 minutes left in the tournament. Kurt explained to me that he finally had a chance to cast over the bar with the wind slowing down. That's where he got the King. Good Job Kurt! Brendan Lee won the Largest Shark prize of a Holiday Tree gift card from Pine Meadow Farms with a 31 inch dogfish. I will mail that out to you hopefully this week. Unfortunately, there were no third place winner, women's prize winner and youth winners. It got kind of tough to fish as time went on. So with that situation, I will be raffling off a all those prizes this weekend to all that participated. However, just kids will be entered for the kids prizes! Just women will eligible for the Women's prize and all for the third place prize! I hope everyone had a good time and we are already thinking of next year and how to improve it.I want top thank all of these sponsors for this event! Fireplaces plus, Hook House bait and tackle, Muller Insurance the UPS Store, Betty and Nicks Bait, tackle and luncheonette, The Fisherman Magazine, Go Fish bait and Tackle, Pine Meadow Farms, Glitter Plus, Pappy's Pride Lure, Century Rod/Advanced Fishing USA, Grumpy's bait and tackle, Fishbites, Stop N Shop, Moose measuring boards and Costa Delmar. Also, the volunteers, Craig Perucki, Tom Zaborosky, Ron Stesney, Scott Havner, Chuck Bluhm Sr. Chuck Bluhm Jr, Dave Eteman, Robert Tomporosky, Stan Tomporosky, Peter Rolando, Frank Simon and of course the Anglers.